To my donor: it’s not your fault 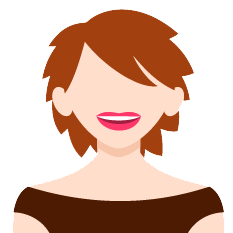 I used to hate you. Pure and utter hate all because I used to think that the way my life has turned out is all your fault. It’s not your fault, I realize that now. My mom wanted this. She WANTED to raise a child on her own. She wanted me. Now it sort of feels past tense. She wantED me. She wanted me to make her laugh in the mornings as a giggly baby. She wanted me to be the reason she woke up happy and went to sleep feeling like she had a purpose. She wanted me because she was so damn strong that she didn’t need the help of anyone else, she didn’t need true love. But how strong could her want for me actually be when I am the reason everything is going downhill? In my eyes, it’s not your fault anymore. Of course you chose to basically create children with strangers anonymously (WHICH WAS A DUMB MOVE) but you aren’t the reason that everything else is so damn hard. You are the reason sometimes I can’t sleep right at night. You are the reason that I hate family holidays, birthdays, Father’s Days. But you will never be the reason that I feel the way I do about everything that is going on. It’s funny because so many people say that my mother’s overbearing love should compensate for the fact that my father is some stranger that probably has no idea who I am too. It’s funny that originally this concept is supposed to be equal to having two parents that love a child a normal amount. I used to think that having a mom that went through this huge process to have me meant that she loved me more than the average, but lately I sort of just feel lost. Half of this year she has worked three jobs. She doesn’t deserve that. I don’t deserve to barely ever get to see her for more than an hour at a time. Yet, that’s not your fault. That will NEVER be your fault. I can’t hate you. You’ll never know what growing up with half of your anonymous DNA was like for me. I always find the overdue bills in my mom’s drawers, I always hear her frantic on the phone with other family members — hoping to get a loan or something so the water won’t shut off or whatever. I feel her pain enough to the point where I used to somehow pin the blame of this whole thing onto you. It’s not your fault though. It will never be your fault. Maybe things suck right now and maybe they won’t turn around, but at least one thing has. If my life went smoothly, I would forever be under the impression that the way I feel is your fault. I would never blame my strong mom, I would never blame myself. I would just pin it all on you. Yup, things suck for me right now, but I am so happy that I have come to the realization that most things that are bad right now are not directly because of you. It’s never going to be your fault, no matter how hard I try to think otherwise.